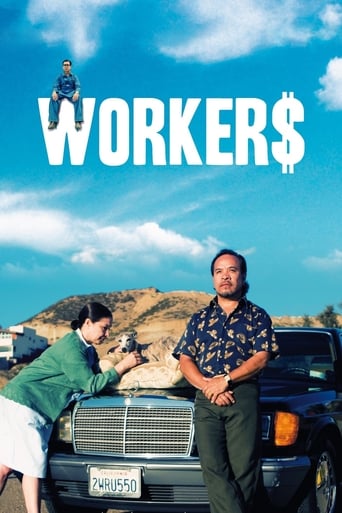 Lidia is a responsible and dedicated maid for a hugely wealthy, elderly Tijuana matron who loves only her pet whippet. Rafael is a quiet and dignified janitor who buys a new pair of shoes to celebrate his imminent retirement from the large corporate facility where he's worked for 30 years. When Lidia's boss dies, leaving everything to her dog, and Rafael's plans get derailed, they both turn to criminal subterfuge to get what their harsh lot in life has denied them.

After a whole life of work at Tijuana| Rafael and Lidia are victims of injustice against their rights and dignity: Rafael learns that due to a paperworkmistake| he will not be entitled to his retirement pension. As for Lidia| she finds out that her employer's will leave the entire heirloom to the dog. In theirown way| alone and silently| they'll begin a battle: Rafael against a company| Lidia against a dog. Curiously| these struggles are not visible.

Downloading Seeding Workers.2013.SPANISH.WEBRip.x264-VXT from to 0 peers.
of
↘0 b/s / ↗0 b/s
Read our blog post about Streaming Torrents From Your Browser