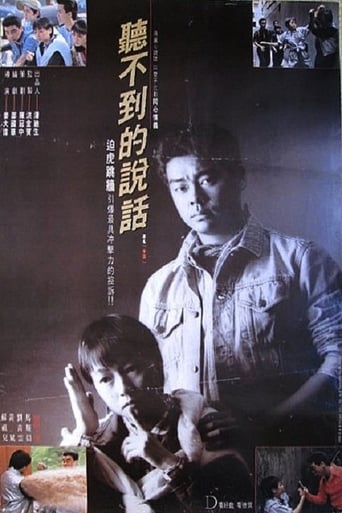 Ah Heung, who was [sic] dumb, was the leader of a gang of deaf and dumb pickpockets - Giraffe, Tortoise, Dragon and the recently released Panther who had been confined to prison for six months on behalf of Ah Heung. When Ah Heung and her gangsters were celebrating the release of Panther in a fast food restaurant, they ran into kee who had also just finished his terms [sic] in prison for eight years. However, they found themselves being ambushed by a gang of teddy-boys headed by Robert who were used [sic] to be opponent of Ah Heung. It was Kee who fought independently against Robert's gang and saved Ah Heung from danger. After that, their heart-broken [sic] story begins ...... Downloading Seeding Silent.Love.1986.CHINESE.1080p.BluRay.H264.AAC-VXT from to 0 peers.
of
↘0 b/s / ↗0 b/s
Read our blog post about Streaming Torrents From Your Browser