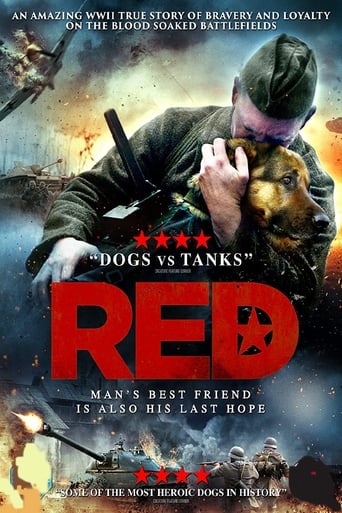 On the Eastern front in 1941, German troops attack a Red Army's field hospital destroying it and causing a massive loss of life. The surviving soldiers try to fight back but have to retreat, among them a young pilot , Vyacheslav with his dog Red. Having survived the German onslaught they are sent to the front line where Red will prove his courage...

An action packed and heartwarming story of the friendship formed between a tank-destroyer dog of the Red Army during WWII and a group of soldiers.