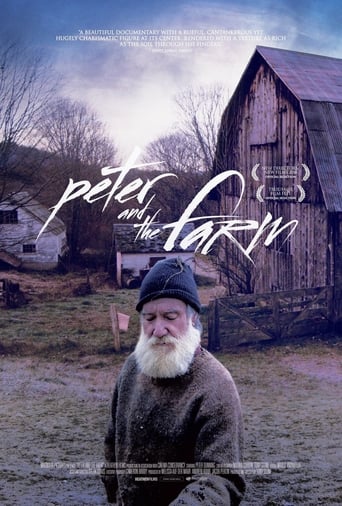 Peter Dunning is a rugged individualist in the extreme, a hard-drinking loner and former artist who has burned bridges with his wives and children and whose only company, even on harsh winter nights, are the sheep, cows, and pigs he tends on his Vermont farm. Peter is also one of the most complicated, sympathetic documentary subjects to come along in some time, a product of the 1960s counterculture whose poetic idealism has since soured. For all his candor, he slips into drunken self-destructive habits, cursing the splendors of a pastoral landscape that he has spent decades nurturing.

A documentary on Peter Dunning, the proprietor of Mile Hill Farm in Vermont who has isolated himself away from his family and often suggests to the filmmakersto make his own suicide a narrative device.