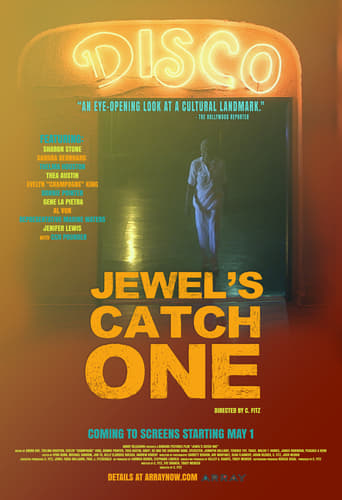 With four strikes against her (black, female, poor and a lesbian), our trailblazer, Jewel Thais-Williams, helped changed laws, save lives and influence communities across Los Angeles, California as she opened her legendary nightclub's door for 42 years.

JEWEL'S CATCH ONE directed by filmmaker C. Fitz celebrates the legacy of a legendary Los Angeles nightclub| Catch One| and the life-changing impact its owner|Jewel Thais-Williams| had on her community breaking down racial and cultural barriers and building the oldest black-owned disco in America. Jewel's storycelebrates music| fashion| celebrities and activism that helped changed the course of our country. Downloading Seeding Jewels.Catch.One.2016.WEBRip.x264-ION10 from to 0 peers.
of
↘0 b/s / ↗0 b/s
Read our blog post about Streaming Torrents From Your Browser