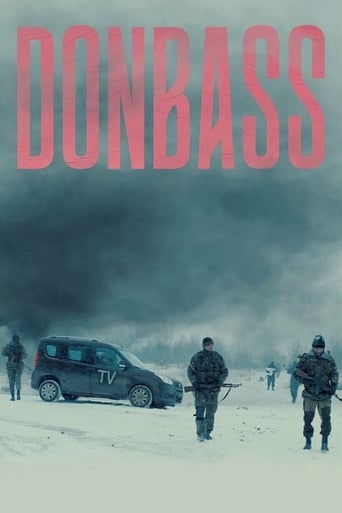 In the historic Donbass region of eastern Ukraine, despite the cruel war that has been raging since 2014 between the self-proclaimed People's Republics of Donetsk and Luhansk and the Ukrainian government, people tries to survive in the rotten heart of chaos, where violence disguises itself as peace, propaganda becomes univocal truth and hatred reigns in the name of love.

In eastern Ukraine| society begins to degrade as the effects of propaganda and manipulation begin to surface in this post-truth era.

Downloading Seeding Donbass.2018.LiMiTED.1080p.BluRay.x264-CADAVER from to 0 peers.
of
↘0 b/s / ↗0 b/s
Read our blog post about Streaming Torrents From Your Browser