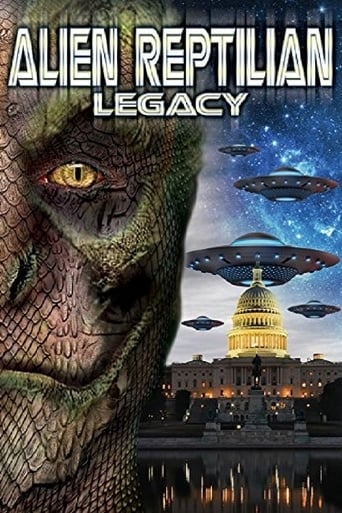 Researchers reveal the presence of a supreme interdimensional intelligence that has been manipulating mankind for centuries. Interviews with experiencers and alien abductees expose a sinister agenda behind the alien presence on Earth.

There has been an underlying darkness controlling humanity since time began. Often described as the "missing piece in the puzzle" by David Icke, or the"Invisible Darkness" by Ellis Taylor, the Reptilians are the shadow beings in the dark, waging war upon humans from the space between dimensions. One of themost taboo subjects in the world media is the existence of the Reptilians. Researchers now reveal the presence of a supreme and nefarious inter-dimensionalintelligence that has been manipulating mankind for centuries. An unprecedented expose on the Reptilians on Earth, hear riveting testimony from alien abducteesand experiencers that point to a sinister agenda behind the alien presence on Earth. "Staggering evidence that Shadow People are indeed very real." - OH Krill,author of Montauk Babies. "Very scary, we are just now understanding this manipulation of the human race." - United Media Network. "Too many people are havingthese experiences, there's something to it." - Extreme DVD. Downloading Seeding Alien.Reptilian.Legacy.2015.1080p.WEBRip.x265-RARBG from to 0 peers.
of
↘0 b/s / ↗0 b/s
Read our blog post about Streaming Torrents From Your Browser